Book of the Dead 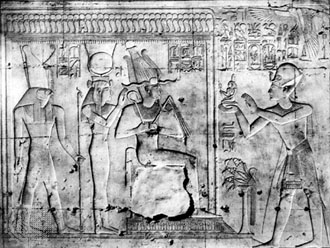 Seti I: detail of relief from temple

The ancient Egyptians believed in many different gods and goddesses. Each one with their own role to play in maintaining peace and harmony across the land. Some gods and goddesses took part in creation, some brought the flood every year, some offered protection, and some took care of people after they died. Others were either local gods who represented towns, or minor gods who represented plants or animals. The ancient Egyptians believed that it was important to recognize and worship these gods and goddesses so that life continued smoothly. (Ancient Egypt, British Museum, 2015) For more information you can visit the British Museum page listed under the Websites section or you can read the Encyclopedia Britannica’s page linked below.