Oedipus and the Sphinx

Introduction to Greek and Roman Mythology 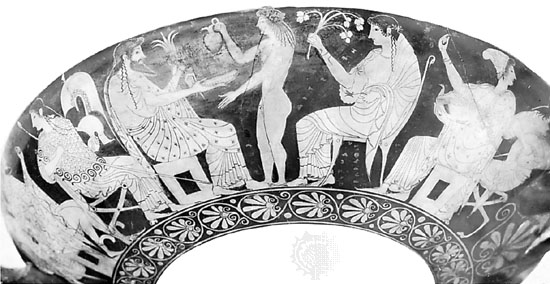 Greek mythology is the body of stories concerning the gods, heroes, and rituals of the ancient Greeks. That the myths contained a considerable element of fiction was recognized by the more critical Greeks, such as the philosopher Plato in the 5th–4th centuries BC. In general, however, in the popular piety of the Greeks, the myths were viewed as true accounts. Greek mythology has subsequently had extensive influence on the arts and literature of Western civilization, which fell heir to much of Greek culture. (Encyclopedia Britannica, 2015). For more information you can read the Encyclopedia Britannica’s page on Greek Mythology linked below.

Roman mythology, or Roman religion is the Roman counterpart to Greek mythology. Like Greek mythology it also deals with Gods, heroes and rituals of the Greeks as well as their origins. Most Greek Gods have a Roman counterpart that was equivalent in their task. For example, the Roman equivalent to the Greek God Zeus is Jupiter, who like Zeus was the ruler of all the Roman Gods. For more information you can read the Encyclopedia Britannica’s page on Roman Religion linked below.