Rambam, in the Moreh Nevukhim, sought to reconcile Torah and science of his day, and this project and quest continues to the present with harmonization between major new discoveries in astronomy, genetics, biology, chemistry, and physics. 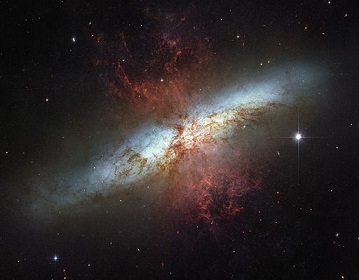 Today issues such as stem cell research, cloning, discoveries in astrophysics, biological evolution, discoveries in genetics, genetic engineering, genome mapping, fertility treatments to cure infertilty, organ transplants, and extending life of the terminally ill, challenge Torah traditional scientists to reconcile the findings of science with Torah, always within the context of Jewish ethics, which provide the models, analogies, and paradigms of parallel cases from the past in which to aid with the issues that these apparently new technologies and scientific discoveries give rise to.

In astronomy, the age-old question regarding if the universe was created ex nihilo, creation de novo, or if the heavens are eternal is being re-examined based on experimental and empirical evidence of black holes, supernovas, the behavior of comets, starbursts, and other astrological phenomena. Just as the Copernican heliocentric revolution was responded to by individual rabbis as Jeremy Brown's book, New Heavens and New Earth reveals, so too in more recent discoveries Rabbinic decisors are incorporating the new findings in astrophysics to sharpen our understanding of Rabbinic astornomy .

To sit on the Sanhedrin, one of the requirements is to know how to intercalate the calendar. Rabban Gamliel, in the Talmudic Tractate of Rosh Hashanah, is said to have questioned witnesses to the appearance of the new moon, and kept charts and diagrams, asking, for instance, did you see the moon's phases full (malei), pregnant (ibur), hatzi (half) etc. The Talmudic sage Shmuel famously remarked, "I am as familiar with the courses of the stars as with the streets of my home town of Nehardea" [TB Berakhot 58b]. In the course of Jewish history, rabbis wrote works on the laws of the new moon including the Rambam in Laws of the Sanctification of the New Month.

Other works exist, such as Tekhunot Hashamayim, The Tosefot Yom Tov's Derush  Hidushei Halevanah (the last section of which is based on the astronomy of Gans) and Nehmad Vena'im (originally published by Rabbi david Gans as Magen David). Ibn Ezra revolutionized the field on works about the new month and new moon in his mathematical appropriation of Arabic numerals in the essential text, Sefer HaIbur. Thus, astronomical knowledge was seen as a good to help explaining the laws of the lunar cycle and luach (hilkhot kiddush hahodesh) while related mathematical knowledge such as Euclid's geometry and later algebra was helpful for clarifying tractates like Maseket Eruvin. T.B. Shabbat 75a commenting on the pusek: "For this is your wisdom and understanding among the nations" (Deut.4:6) concluded that it referred to the "calculation of the seasons and the constellations", that is, the ability to create an accurate calendar, and to forecast the position of the stars and planets. Rabbi Isaac Lampronti, in his encyclopedia of Jewish law, known as Pachad Yitzchak, writes, "One should never change that which has been ruled upon in our Talmud, even if all the prevaling opinions seem to be the opposite, for the spirit of G-d has spoken to us."

Other rabbis note that the Torah is in the "language of man" but our sages are able to discern hidden secrets at deeper levels from the Torah that reveal all truths. That is to say, in the spirit of Kuhn in the Structure of Scientific Revolutions, that science is the spirit of its time, and future paradigm shifts will occur as science marches on, and thus the Torah could contain all truths of science. Jewish reception of Copernican thought was complex and the individual receptions by various Jews interested in astronomy somewhat cautious. In the end, Jewish astronomers were able to see eventually in Copericus' work as too with the Ptolemic model it displaced, the "yad Hashem."

In the field of physics, the age of question of free will vs. providence within the context of hashgah pratit is being re-examined by the new findings of Einsteinian relativity theory and more recently work in string theory and unified field theory.

In the field of genetics and the mapping of the human genome in biology, old paradigms such as Yakov's mating specelled and monochrome sheep of Lavan and other hints of such ancient knowledge such as agricultural knowledge of plant grafting of hybrid flora, fauna, and fruits and even lore about the existence of the Golam created by Rav Ashi and Rava and later the Maharal, are being applied to raise the ethical context of genetic engineering, repdoduction by cloning, genome mapping, establishing paternity by blood-type testing, and genetic preventative screening.

Rabbinic law and halakhah provide the categories, classifcation structures, and modes of thought and logic to deal with what appears to be new phenomena. When seeing how the rabbis apply halakhic models and paradigms to these apparently new "questions" we realize with Koheleth "there is nothing new under  the sun." Guidance from past rabbinic texts can inform one regarding apparently new questions such as "if one is in a spaceship and the sun rises every hour, is one bidden to recite the shema every hour based on the statement in BT. Berakhot,  "when one can tell the blue threads (of the tzizit) from the white threads" etc.