Happiness a topic in Political Philosophy by DBL

Some Thoughts on the Importance of Leo Strauss 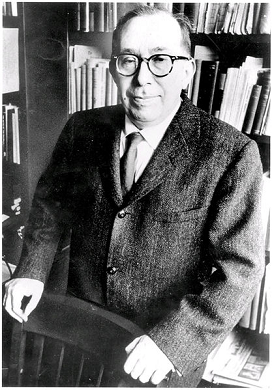 Political philosophy is a branch of philosophy that examines public ethics directed towards the good life, although different persons will define the political good differently, ranging from freedom, happiness, knowledge as virtue, liberty, justice as rewarding to each person what is their due by merit, or the truth.

While political philosophers often consider topics like natural law, natural right, philosophy of law, etc., Leo Strauss was a philosopher in the 20th century who sought to revive political philosophy as practiced by thinkers in the ancient, medieval and modern periods. Diogenes Laertius mentions that there is a political philosophy in Plato's dialogues depicting Socrates, who brought philosophy down from the stars so that it might dwell in the cities. In part, Plato is concerned how a just man like Socrates could be put to death unjustly by the state on false charges. As well as Plato's works containing a political philosophy in antiquity, Strauss also located political philosophy or care for the well being of the state in the historical works of Thucydides, Herodotus, and Pausanius. Strauss also identified political philosophy in the works of Xenophon, who also depicts Socrates' life of the mind, as well as in Aristotle, Marcus Tullius and Cicero. In the medieval ages, Strauss focused on the political philosophy of Augustine, AlFarabi, Maimonides, Avicenna, Avempace, Averroes, Albo, Aquinas, Marsilius of Padua, Abrabanel, Giles of Rome, John of Paris, William of Ockham, and John Fortescue. In the early modern period Strauss turned his analytical attention to the political philosophy of Machiavelli (who Strauss warned was the teacher of evil for justifying the means to meet the end), John Calvin, Richard Hooker, Francis Bacon, Hugo Grotius, Thomas Hobbes, Rene Descartes, John Milton, Benedict Spinoza, John Locke, Montesquieu (L'esprit des lois), David Hume, Jean-Jacques Rousseau, Immanuel Kant, William Blackstone, Adam Smith, Thomas Paine and the Federalist, Edmund Burke, Jeremy Bentham, James Mill, Hegel, Alexis de Tocqueville, John Stuart Mill, Marx, John Dewey, Edmund Husserl, and the post-modern Philosopher Friedrich Nietzsche.

Strauss brings to life the dialogues and disputes (makloket) between these very different political philosphers, while also tracing constellations of similarities in addition to the differences. For example, how do Hobbes and Rosseau solve the problem of the state's role in the lives of individuals? it is radically differently, in that Hobbes, living the the wake of civil war, argued in the Leviathan for a massive state bureaucracy, while Rousseau in Emile takes his niece to a remote bucolic area far away from the corrupting influence of the city where Nature is her tutor.

Highly recommended for an introduction to the subject besides the primary works of the above philosophers are Strauss' works, including:

The Rebirth of Classical Political Rationalism: An introduction to the thought of Leo Strauss, edtited by Thomas Pangle, JA 81 S756 1989