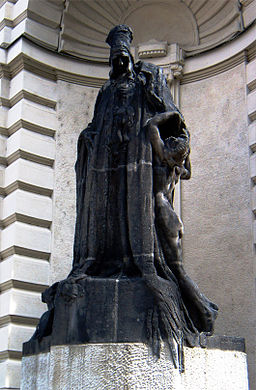 The Maharal lived in the glorous city of Prague, host to great Rabbonim such as the Levush, the Shelah haKodesh, the Tosafos Yom Tov, the Kli Yakar, the Urim VeTumim, and the Noda BiYehudah etc. The Maharal’s educational reforms made the great rabbi quite controversial in that he advocated for the study of Tanakh, Hebrew grammar, Jewish philosophy, and Kabbalah instead of the sole focus of Rabbi Yaakov Pollack to initiate children straight into Talmudic pilpul rather than following the dicta of Pirke Avot: at five scripture, at ten the Mishnah, and at 15 the Talmud etc. This debate stems from the Talmudic dicta, “Bishalashtem” (Bava Batra) divide your days into learning mikra, mishna, and gemarah.

The works of the Maharal include, (1) Gur Aryeh (1578), (2) Gevuras Hashem (1582), (3) Derekh Chaim on Pirke Avos, (4) (4) Discourses on Mitzvos, (5) Nesivos Olam commending in the spirit of Rambam’s Shemoneh Perakhim, inculcating good middot, (6) Tiferes Yisrael (Shavuos), (7) Be’er Hagolah, (8) Netzach Yisrael (Tish b’av), (9) Or Chadash (Purim), and (10) Ner Mitzvah (Chanukah) in addition to the major work, Gevuros HaShem (Pesach) The Maharal’s students include the Tosafos Yom Tov  and Rabbi David Ganz, author of Tzemach Dovid and one of the first rabbis to recognize the importance of Copernicus’ heliocentric findings.

The importance of the Maharal’s work in part is its influence as the intellectual base of both Chassidus and Mussar. i.e Rabbi Simchah Bunim of P’shischa  the originator of Sefas Emes of Gur, Alexander, and Shem MiShmuel of Sochotochov. Hasidic dynastic leaders noted, “No one can possibly understand chassidus without learning the Maharal”  also suggested by his successor Rabbi Mendel of Kotzk. In Galacia the Sanzer Rebbe  in Divrei Chaim quotes the Maharal extensively as did in Russia the Baal HaTanya up to the 7th Lubavitch Rebbe in the post-Holocaust generation who not only traced his yichus via the Maharal back to King David, but draws on the Maharal continuously for preparing one to greet the Mashiach also found in the Chofetz Chaim and Rav Nachman of Bratslov.  Esoteric wisdom associated with the Maharal is further traced through the Maharal’s brother Reb Shimshon whose daughter was the mother of the MiKubal Rabbi Shimshon of Ostropolia, an ancestor of Cantor Yossel Rosenblatt and his son Rabbi Shmuel Rosenblatt (zl). On the Litvish sides the disciple of Rabbi Yisrael Salanter, Rabbi Simchah Zissel Ziv of Kelm, and most recently Rabbi Eliyahu Dessler in Miktav MiEliyahu and Rav Yitchok Hutner in Pachad Yitzchak,   incorporate the teachings of the Maharal into the language of Mussar. It goes without saying that the Maharal’s works are felt to be a gateway to walking in higher worlds.