Jews in the 16th and 17th Century Renaissance: Italy, Safed, and Beyond

Introduction to Jews in the Renaissance

Welcome to the LibGuide for Jews in the 16th and 17th Century Renaissance.  Click on the tabs above for resources. 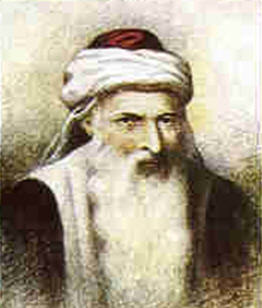 The Renaissance was an age known for the invention of the printing press, rediscovery of Greek and Latin classics in the original Greek and Latin ancient languages, and the explosion of scientific discovery in an age of exploration. Copernican understanding of the cosmos in this period came to displace the Ptolemic model and Rabbis like Joseph Solomon Delmedigo authored an astronomical work influenced by Copernicus titled, Nehmad Vena'im.

In Prague, great Rabbis like the Maharal (who invesitgated the then science of alchemy and makes mention of Copernicus in Netivot Olam [The Paths of the World] as well as writing halakhic works), Rabbi Isaiah Horowitz, and the Tosofot Yom Tov [who authored an astronomical work Derush Hidushei Halevanah in which the last section is based on Rabbi David Gans' scientific book Magen David] were not not influenced by the scope of the Humanist project.  For Jews in Italy, the Renaissance provided new opportunities of discovering the Humanist curriculum, attending medical schools in greater numbers (see David B. Ruderman), and greater interest in autobiographical writing emblematic of autobiographies by Rabbis Leon Modena, Yakov Emden, and Chaim Vital (ztsl).

Rabbi Yosef Karo (1488-1575) whose portrait is above, was author of the Beit Yosef, Shulchan Arukh, and Magid Mesharim. The Magid Mesharim  is a mystical work (from the foremost halakhist of the Renaissance era) describing Rabbi Karo's dream life where the Shekhinah personified as the Mishnah spoke to the Mehaber giving over sitrei Torah. Another prominent Rabbi in Safed at the time of the Renaissance was Rabbi Chaim Vital (1543-1620), who also was interested in dream interpretation. Rabbi Chaim Vital was a disciple of HaAri HaKodesh (1534-72), the originator of a specific sort of Jewish mysticism known as Lurianic Kabbalah. HaAri HaKodesh's thought was transcribed by Rabbi Vital, the author of Sefer HaHezyanot and Sha’arei Kedusha. For a review of Sefer HaHezyanot, see here.