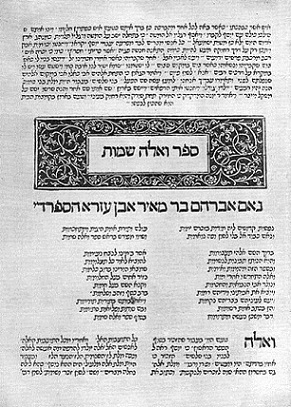 Page from the Book of Exodus with the Commentary of Rabbi Abraham ibn Ezra, Naples, 1488

Here are some databases that may be useful to you in your research.