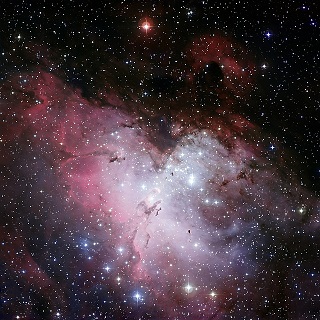 Avraham is said to have brought many individuals under the wings of the Shekhinah of the "souls that Avraham made" by imparting a belief and understanding, as far as the limits of human understanding can grasp, of the oneness and uniqueness of G-d. This guide traces how philosophers after Avraham, including Rav Saadia Gaon in Sefer Emunot Ve-Deot, Rav Bachya ibn Pakudah in Hovoot LeVavot, Rabbi Yehudah HaLevy in the Kuzari, Maimonides in the Moreh Nevukhim, and others, gave rational proofs for the existence and uniquess of Hashem. The guide explores the concept of monotheism, and how this belief and position leads one to naturally conclude that G-d created the world, yesh mi-ayin (creation ex nihilo) rather than other positions in philosophy that the world is eternal (Aristotle's position), or creation de novo (Plato's position). If we believe in creation ex nihilo (yesh mi-ayin) it follows logically that creationism indicates a unique, perfect, self-sufficient Creator.

While the attempts to prove G-d's existence are many in the course of philosophy, a number of those proofs from medieval Jewish philosophers are classified under some the following categories: (1) proof from motions, (2) proof from intelligent design, (3) ontological proof, (4) efficient cause proof, or proof from causality, (4) argument of necessary Being who is perfect and self-sufficient, (5) argument from gradation, (6) argument from moral conscience, (7) from reliable tradition, (8) credo absurdum ist, (9), universal consent. Medieval Jewish theologicans like Rav Sadia Gaon, Rav Bachya, Rav Yehudah HaLevy, and Maimonides who all offer "proofs" for the existence of a unique monotheistic Deity, understand these "proofs" as drawing on philosophical method as a most important ancilla theologiae. The medieval Jewish philosophers who offer demonstrations of "proofs" for a unique monotheistic Deity understand that "proof" is a kind of ontological seeking (Suchen) for every seeking for or questing for human understanding is guided beforehand by that which is sought i.e. G-d's essence. Yet Maimonides shows that G-d's essence cannot be known in the sense we cannot put G-d ina box i.e G-d's essence cannot be  "limited", "framed", or put in a human conceptual boundry i.e. G-d is transcendent. So what do the Medieval Jewish philosophers attempting to demonstrate the existence of One Unique Deity understand as constituting their demonstration before the "tribunal of reason" of the truth claims of revelation? The attempt to "prove" ethical monotheism is thus a congizant seeking for a divine entity with regard to the fact that it is unique and self-sufficient and perfect and with regard to its Being qua being, as it is (in seinem Dass-und Sosein). The attempt for "proof" is thus encapsulated in the Psalmists proclamation, "Do not hide Your presence from me" (Ps. 27:9).

As Wittgenstein, a philosophic mathematician noted, a proposition [ i.e. G-d exists (Hu Kayam)] "that has sense states something" [Der sinnvolle Satz sagt etwas aus], which is shown by its proof (Beweis) to be so. Wittgenstein's Tractatus Logico-Philosophicus, employs the method of Euclidean gemotric proof, to demonstrate in 7 carefully epistemologically organized propositions, that "the world is all that is the case" however "Wovon mann nicht sprechen kann daruber muss mann schweigen)-  a secular form in some sense of the the ontological proof for G-d's unique existence. However where the medieval Jewish proofs for G-d's existence, uniqueness, perfection, self-sufficiency, not being finite, not being corporeal, etc. differ from the modern Wittgenstinain "system building" post-Hegel, making (poesis), or constructing, is clear in that the medieval philosophers reject substitution of something else for G-d even a scientific system. The medieval philosophers faithfully reject attempts to make G-d's presence controllable by human techne. That is to say as religiously grounded philosophers who accept the truth claims of revelation, and know how to demonstrate their truth before the tribunal of reason, the meideval religious Jewish philosophers understand the verse, "Behold the very heavens do not contain You" (I Kgs. 8:27) for G-d in geometic terms is a "circle whose circumference is infinite" i.e. not finite, in the loshon of Kabbalah- ayn sof. The uniqueness of the medieval Jewish philosophers' apprehension of G-d via revelation is encapsulated in the verse, "Has a people ever heard the voice of G-d speaking from the midst of fire as you have heard and lived (Deut. 4:33). A difference between medieval relgious proofs for the existence of G-d and the modern Wittgenstinian proofs for the existence of all that is in nature scientifically mapped, is that for the medieval's "man and his humanly constructed proofs are not the measure of all things". The medieval religious sensibility looks on mans "constructed technological inventions i.e. proofs that follow the laws of logic and reason" as caused by G-d for the sake of the covenant. That is to say the medieval Jewish philosophic proofs for a monotheistic Deity are always congizant that, "And you shall remember the L-rd your G-d, that it is He who gives you strength to make wealth in order to uphold His covenant" (Deut. 8:18). Thus for the medievals versus the moderns, the Torah is not viewed as the means to the end of technolgocial success with constructing understandings of nature. Rather the world is looked upon as the means for man to observe Torah. Thus the halakhocentrism of medieval Jewish thought.

The ontological proof which posits that "G-d is the thought beyond which thought cannot proceed" moves from the concept of a Supreme Perfect Being (ens realissimum) to absolute existence in relation to contingent existence (see Plato and Rorty on contingency of opinions held by the many which are false), while the cosmological argument (G-d as First Cause who put in motion the heavenly bodies in their orbits) moves from the experience of the contingent existence of the world (a contingentia mundi) to the concept of a Supreme Perfect Being and His absolute existence. Anselm much later than medieval Jewish philosophers like Rav Sadia Gaon, Rav Bachya, and Maimonides before him, put it this way: "we believe that You are a Being beyond which nothing greater can be conceived (aliquid quo maius nihil cogitari non potest; see Proslogion, ch.2). It goes without saying that "textbook" identification of William Paley as the founder of the ontological proof is also much apres la lettre.

Experientially i.e. phenomenologically, respect for the structure of nature (the laws of nature i.e. law of gravity, entropy, thermodynamics, Einsteinian relativity theory, and string theory and unified field theory today) reminds us that one cannot reduce G-d's presence to human limited experience of it. "Then the L-rd answered Job out of the whirlwind, saying... I will question you and you may inform Me. Where were you when I laid the foundations of the earth? Tell me if you have any understanding (Iyov 38:1,3). Yesh mi-ayin or creation ex nihilo posits a Supreme Orderer who is immanent in His creation (i.e. establishes laws of nature which scientists seek out to discover G-d's hidden ordering structures as Hume remarks "nature loves to hide"), yet a Creator ex nihilo transcends His world which is a theological paradox- i.e. "Thus says the L-rd: the heaven is My throne and the earth My footstool for all of these things My hand has made and all of these things have come to be... (Isa. 66:1-2). The medieval Jewish philosophers understand however that "human making" is not "divine Creative making" as the verb "bara" is specific to G-d's creative action. Thus the teological argument sees G-d's presence though the "value" of the world, and the cosmological argument sees G-d's presence throught the structure/ divine order established in the nature of the world etc. The existence of miracles as deriving uniquelly from G-d thus is revealed whether we are with Maimonides that the messianic era is a political state of affairs where the Jews will not be persecuted as laid out in sefer Shoftim of the mishneh Torah, or as Rabbi Don Isaac Abarbanel holds that the messiah will indeed perform miracles via the workings of the ruach hakodesh. Further whether we understand miracle as a breaking of the laws that G-d established in nature, or G-d's manipulating of those laws to effect a change in the usual order of nature (the sun stood still for Joshua) is moot. Medieval debates continue if the parting of the Read Sea, a divine miricle as factum, is constituted by the "timing" of the parting of the sea- that it parted just when the children of Israel needed it to part, or whether its parting was a function of G-d drawing on the laws of nature (i.e. strong winds?) which He set in place to govern the natural world etc.

The important point being that Jewish philosophers have attempted to demonstrate ethical monotheism in the course of Jewish history by philosophic proofs, understanding at the same time that G-d's essence cannot be known and human beings, in their limited cognitive capacity will never be able to "frame-limit-or put a boundry" on Hashem's infinite power. Thus part of what Avraham Avinu integrifully perceived, as the early teacher of ethical monotheism, is that G-d's authority is not a function of "capriciousness" for G-d is the ulitmate Judge who is ultimately Just. Tzedek tzedek tirdof. Thus Avraham can ask, "Shall the Judge of the whole earth not do justice?" (Gen. 18:25). No proof of G-d's existence, no matter how divinely inspired or inventive, will perhaps never do justice to that which it seeks to demonstrate by the nature of the fact that G-d's transcendent omniscence, incorporeality, and infinity can not be "controlled" by human beings. If anyone possesses delusions of grandeur that they can control G-d in any way they are idolators. For it was Avraham who showed that attempts to "feed an idol", "appease an idol", or "bribe an idol", or "worship an idol of stone and wood"  in any way constitutes a violation of the commandment "you shall have no other gods before me for I am the G-d who freed you from Egyptian bondage." An "idol of the cave" is perhaps not just an inanimate object that is worshiped as a substitute for G-d, but also perhaps the delusional belief that the "systems" no matter how inventive and sophisticatedly crafted by techne, are mere human products. Human beings construct or deconstruct to make systems. However only G-d uniquely creates out of nothing- yesh miayin. Avraham when he broke the idols of his Terah's store according to the Midrash, and as the teacher of the world of ethical monotheism, understood the evil of idolatry (in all its forms) best. Thus we return were this introduction began- with Avraham as the revealer of ethical monotheism.