The Dreyfus Affair: Table of Contents

A guide to help begin your research and readings, as well as a short overview outlining those involved in the notourious Dreyfus Affair.

Welcome to the Library Guide on The Dreyfus Affair. Here you will find a variety of resources to assist you with your research. 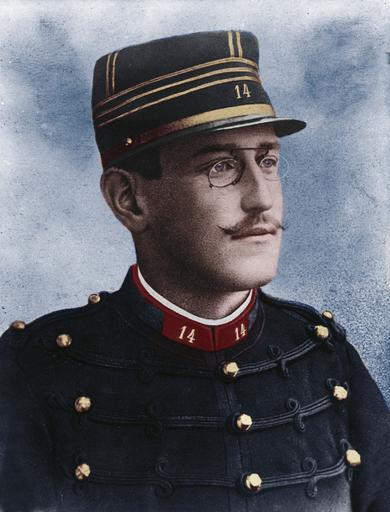 Lucie Dreyfus  -  She was the  wife of Alfred Dreyfus. They were married  on April 21,1890. Thy had two children Pierre  and Jeanne. Lucie campaigned strenuously  for the release of her husband. She was extremely loyal and faithful to him writing him letters the whole time he was imprisoned to keep his morale up. She railed hard to get her husband retried and to free him at any cost.

Mathieu  Dreyfus -  He was the brother of Alfred.  He left the management of the Dreyfus family business to his two older brothers so he could work full time on freeing their youngest brother. He also took care of Alfred's wife and children while he was imprisoned.  He was one of the three along with  George Picquart and Emile  Zola in sharing  the credit to obtain his brothers freedom. Once his brother was free he resumed working in the family business. He also wrote about his recollection of the affair in a book entitled L' Affaire telle que je l'avi v'ecue (The Affair As I Lived It).

Auguste Scheurer-Kestner - A big name in French Politics at the time, he was made a Senator for life and was Vice President of the Senate at the time of the Affair. He was a strong supporter of the Republic.  He took a public stand proclaiming Dreyfus's innocence which ended up hurting him later politically.  He urged for a judicial review of the Paris court martial of Dreyfus from the army.  He was responsible in convincing Emile Zola of Dreyfus's innocence and enlisting him to the cause and the writing of J'accuse.. He died the day President Loubet granted Dreyfus the presidential pardon.

Colonel Georges Piquart -He was a model officer in the French army who first believed Dreyfus to be guilty. Upon further investigation he found that  this  was not so. His investigations into the identity of the real spy, and the freedom of Dreyfus  were  often thwarted  by Major Henry, yet despite the interference, Picquart still arrived at the truth. He discovered that Esterhazy was the author of The Bordereau, thus the spy  and that there was no incriminating evidence against Dreyfus.  He is sometimes called The Whistleblower because it was he who exposed the truth of Esterhazy being the real culprit,  to not only his superiors but to others who were willing to help free Dreyfus.  Without  Picquart, Dreyfus would not have been able to be  freed and exonerated later, making him along with Alfred's brother Mathieu Dreyfus, and the French Novelist Emile Zola, the three who share credit for Dreyfus's release.   He was the hero of the Dreyfus case.  He was made a  Brigadier General in 1906  and served as Minster of War.  He died in 1914 from injuries resulting in a fall from his horse

General Charles Boisdefre - He served as Chief of Staff under General Auguste Mercier. He helped in the cover up and the convicting of Dreyfus along with General Arthur Gonse , his boss General Mercier, and Major Henry. His testimony was important in the conviction of Emile Zola's libel trial and Dreyfus's re-trial.  After Major Henry committed suicide while he was imprisoned , Boisdefre retired from the army.

Major Joseph Henry- Military Intelligence Officer and one of the three who was present the night the Captain was arrested. During Dreyfus's first trial he testified that he had additional evidence implicating Dreyfus but that it was classified and could not be shared. He also testified that a source had told him that Dreyfus was the traitor at the General Staff, this was not true thus Henry perjured himself  as well. The military believed Henry, found Dreyfus guilty and imprisoned him.  Once the real spy was found, Ferdinand Waslin Esterhazy, Henry  worried  that the army would lose creditability and intiated a cover up.Once the new evidence of the second letter implicating Esterhazy was found out and leaked to the government they demanded the so called classified evidence implicating Dreyfus that Henry claimed he had.  Upon further examination of Henry's evidence it was found to be a forgery and he was imprisoned. While in prison he committed suicide.

Genral Auguste Mericer-  He was Minster of War as well as being the major force behind Dreyfus's conviction at the court martial.  He arranged to have Du Paty deliver the secret documents to the judges at the court martial trial. At the re-trial he was also important in securing a guilty verdict.  He continued to persecute Dreyfus even after being elected to the Senate in 1902 opposing the bill that could reintegrate Dreyfus into the  army.

Armand Mercier Du Paty De Clam -  He was Deputy Chief of one of the bureaus in the General Staff .  He tricked Dreyfus into taking the diction to write a copy of the Bordereau on the day he was arrested.  He was also the author of the memo on the secret documents that he delivered to the judges at  the court martial tribunal.  He was tricked by the other Generals and Major Henry in the plot to protect Esterhazy and ruin Picquart. He was arrested on charges of forgery in 1899  but they were dismissed. He  retired from the army in 1904.  He  volunteered for the army at the outbreak of WW, was assigned to a front line positions  and died of wounds he received in battle.