Philosophy of Education and Educational Philosophies

Torah Lishma and its Reward in olam ha-bah, perpetual eternal peace, and the Feast of Leviathan in the Heavenly Yeshivah by David B Levy

Philosophy of Education and Learning lishmah in Rabbinic Culture 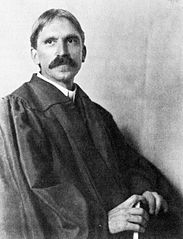 The Confucian Analects opens with the statement: "Is that person not a person of complete virtue who pursues wisdom, understanding, and knowledge although others take no note of them?" The word tao in Mandarin Chinese not only means "the way" but "the great learning." The Confucian gentleman who is trained in pursuit of this learning is always graceful and always proportioned in measuring what is truly eternal and of "value", but this value is not of this world, although the Chinese gentleman may live in this world he is not of this world.

This classic formulation of what in Hebrew is called "Torah lishmah", or learning for its own sake, suggests that ultimate learning need not have a material reward in this world and that real learning is motivated by love for truth as a good for its own sake. Thus Kant distinguishes between learning that is an intrinsic good versus learning that confers an external good such as a prize, credit, or material benefit. Plato's Socrates is said to have lived with a love of wisdom (the etymology of philosophy) and as a lover of wisdom desired nothing more than inquiring with his interlocutors in pursuit or quest of the true, the good, the beautiful and the just. Socrates, according to Diogenes Laertus in the Lives of Eminent Philosophers is said to have only owned one cloak and a pair of sandals before he was forced to drink the hemlock poison mandated by the Athenian state on charges that Plato clearly holds were unfair,  without just cause, and false.

When we learn that Yakov was a dweller in tents, this is to mean that he enjoyed (received a geshmack) from learning Torah in the tents of the yeshivot of Shem and Ever, and in fact wanted in the womb to emerge into the world for the very purpose of learning Torah, while Esau was a man of the field and his blessing was that of gashmius, while Yakov's was that of ruhnius.

Rambam, in the Shomoneh Perakhim, writes regarding how to instill in a young child a love of learning. Rambam concedes that most children may be benefited by habituation. For example if a child learns to put a coin in a Tzedakah box they will cultivate the trait of generosity although they may not solve the problem of homelessness. Likewise, a child may be given an incentive to learn by being rewarded with sweets, and indeed, a child whose first encounter with learning the Hebrew alphabet would actually be encouraged to eat letters dipped in honey to gain an appreciation that learning is sweet, a practice that was done at a time when honey was not easily had, and most people's staple diet consisted of unsweetened foods. However, Rambam urges that eventually one should learn not out of incentive (the reward of honey) but out of a love for wisdom. This is deontological ethics. That is to say, one learns not because one will win a car, or another reward. Learning is not entertainment, but as Rambam urged, hard work. Lifum zarah agrah, according to the effort is the reward, and thus Rambam's interpretation of Iyov is that this not-bad person was serving Hashem only to receive a reward and avoid punishment. That is to say Iyov was serving G-d for material gain out of fear (yirah). At the age of bar mitzvah the child should stop being motivated to learn out of mere desire to please the teacher for reward and fear of not learning their lessons, but start serving Hashem, through Torah learning lishmah, serving G-d independent of any material reward. Thus the Talmudic ethic of learning, "Talmud torah kineged kulam."

The Malbim’s commentary on Proverbs 31 concerning the Aishet Chayil does not take the praise of the righteous woman in strictly material terms. It is according to the Malbim a mushal (allegory) for the life of continuous learning. The Malbim's analysis is precededed by a number of Talmudic passages where the Rabbis praise the life of learning and pursuit of wisdom as the life in pursuit of study of Torah. In baraita de Qinyan Torah appearing in the 6th chapter of Pirke Avot, we find the following praise of the life of learning:

R. Meir says everyone occupied in Torah for its own sake (lishma) merits many things. Furthermore, the entire world is worthy of him. He is called re’a; he is beloved, he loves G-d, he loves humanity, He gladdens G-d, he gladdens his fellow human beings. It (Torah studied lishmah) clothes him in humility and reverence and it enables him to be righteous, pious, upright, and trustworthy; it keeps him away from sin and brings him close to virtue. People benefit by his advice, counsel, insight, and strength, as it says in Proverbs 8:14, "...mine are counsel and resourcefulness I am understanding, courage is mine… Torah’s secrets are revealed to him and he becomes like a bubling spring, an endless flowing river; he is modest, long suffering and he forgives insults; it enhances and elevates him above all works.”

In a baraita, R. Menachem, son of Yose, expounded the verse Proverbs 6:23, Mitzvah is ner, and Torah ohr. Scripture likens a mitzvah to a lamp and the Torah to the sun; in order to tell you that just as a lamp's light is temporary, so is the protection afforded by a mitzvah. However, Torah likened to the sun is to tell you that just as the sun’s light is forever, so is protection of the Torah. And it also says (Proverbs 6:2) wherever you turn, she will guide you when you lie down (euphemism for waiting for resurrection in afterlife), she will watch over you, and when you wake she will converse with you.

In fact, Rambam notes in Hilkhot Teshuvah that the crown on the heads of the righteous in the world to come is the wisdom, understanding, and knowledge gained in this world, which is remembered for good by the heavenly court, which metes out the ultimate rewards of basking in the ziv shekhinah before the throne of Hashem. The Rambam warns anyone who "uses the Torah as a spade by which to dig" (i.e. uses the Torah as a means for material reward) that they will be buried by the Torah, for Moshe Rabbenu, when he neither slept nor ate for 40 days or nights on Har Sinai in receiving the supernatural Torah, was like an incorporeal angel without a body.

R. Eleazar said: What is signified in the verse, "She openeth her mouth with wisdom, and the Torah of loving kindness is on her tongue." (Prov. 31:26)? Is there a Torah of loving kindness and a Torah that is not of loving kindness? What the verse means is that Torah that is studied for its own sake is a Torah of loving kindness, while Torah studied not for its own sake, but for an ulterior motive, is a Torah not of loving kindness (BT. Suk 49b).  In Ned. 62a we learn: "We have been taught: The verse "that thou mayest love the L-rd thy G-d to hearken to His voice to cleave unto Him" (Deut. 30:20) means that one should not say  "I will read scripture so that I may be called "sage", "I will recite mishnah so that I may be called master", I will study so that I may be designated an elder and have a seat in the Academy."" Rather study out of love, and honor will come in the end. R. Eleazar ben R. Zadok said "Do good deeds for doing's sake, and speak of words of Torah for their own sake. Do not use them as a crown to magnify yourself with, or as a spade to hoe with. The foregoing may be confirmed by inference: If Belshazzar who made use of the sacred vessels only after they had been profaned, was rooted out of the world, how much more so by far he who turns to his own use of the crown of Torah, the crown whose holiness abides and endures forever." (Ned. 62a). R. Zadok said, "make them not a crown to magnify yourself with, nor a spade to dig with. Even so Hillel was wont to say, "He who makes unworthy use of the crown of torah shall perish." Hence you are to conclude, "anyone who derives benefit from words of Torah removes his life from the world" (Avot 4:5).

Rabbi Alexandri said: "He who studies Torah for its own sake makes peace in the houshold above and in the household below." Rav said: "It is as though he built the Temple above and the Temple below" (according to Rabbi bar Yochai the Beit Hamikdash is 18 miles above har-habayit). Rabbi Yochanan said "He shields the whole world all of it from consequences of sin." Rabbi Levy said: "He also brings redemption nearer." In the messianic age, the Rambam notes the one preocupation of the virtuous will be to learn lishma.

Mishnah Peah 1:1 states "These ar the precepts that have no prescribed measure. The corner of the field left for the poor, the first-fruit offering, the pilgrimage, acts of kindness, and Torah study" which is amplified in BT Shabbat 127a, "These are the precepts whose fruits a person enjoys in this world but whose principal remains intact for him in the world to come. They are: honor due to father and mother, acts of kindness, early attendance at the house of study morning and evening, hospitality to guests, visiting the sick, providing for the bride, escorting the dead, absorption in prayer, bringing peace between man and his fellow" and the study of Torah is equivalent to them all.

So what is this reward which various religous traditiions from Confucius, to Kant, to the Rabbinic tradition, speak of that has not material benefit in this world, but which is a reward in the afterlife and proportional to the intellectual merit gained in quest in this world but whose principal and interest is stored up in the afterlife?  One interpretation is that this merit is that of love of learning, which is embraced in a philosophy of education.