Introduction to the Evolution of Halakhah 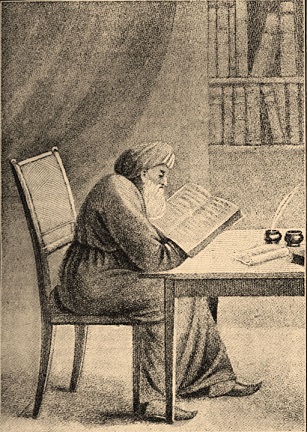 In terms of codification of Rabbinic law, three major streams may be mapped from the following:  (1) Rif (Rabbi Isaac Alfasi of Fez), (2) the Rosh (Rabbenu Asher ben Yechiel born in Germany and died in Codovero Spain [1259 – 1327], who was a student of the Tosofist Rabbi Meir of Rothenberg), (3) the Rosh's son Rabbi Yakov ben Asher, who authored the Arba'ah Turim, known as the Baal HaTurim (and who was born in Cologne around 1269 and passed on in Toledo in 1343) (4) the Rambam, author of the Mishneh Torah in 14 sections (born in Cordevero in 1135 and passed on in Cairo Fostat in 1204), (5) Rabbi Yosef Karo of Safed, who authored the Beit Yosef and Shulchan Arukh  for Sephardim, (6) Rabbi Moshe Isserles, known as the Mah Pah (tablecloth) in Cracow for Ashkenazim.

The four-part structure of the Tur and its division into chapters (simanim) were adopted by the later code Shulchan Arukh. The 4 rows or 4 Turim [Rambam comments in the Mishneh Torah that the number four is wondrous, see the last chapter of Pirke Avot about groupings of 4 i.e. 4 types of students, etc.] are as follows:

The Rambam organized his work in sevens (i.e. 7 sections of the Moreh Nevukhim) or multiples of 7 i.e. 14 sections of the Mishneh Torah [possibly derived from the gematria of his brother's name, Dovid: daleth=4, vav=6, daleth=4, sum 14])

The 14 sections of the Mishneh Torah are:

One of the differences between the 4-part classification of the Tur vs. the 14-part classification of the Mishneh Torah is that the Mishnet Torah includes the laws of the Beit HaMikdash and Korbanot. Korbanot are classified by the Rambam into their various types (olah, shelamim, asham, hatat, minchah, rikikei, etc.). The Yeshivah of the Chofetz Chaim was particularly diligent in learning these laws of the korbanot, as the rabbinic tradition ascribes that the learning of these laws and knowledge thereof will not only be necessary for reinstuting the Beit HaMikdash and the sacrificial services in the messianic age, but zekut (or merit) accrues to each Talmud scholar who learns the laws of the Temple sacrifices as if such students had actually brought a korban themselves.

The Rif, The Rosh, and Rambam are considered by Rabbi Yosef Karo as the 3 major streams of poskim for his ruling in the Shulchan Arukh.

Introduction to Evolution of Jewish Law After the Shulchan Arukh